Been going through my mom’s things. Tax season doesn’t stop for death so I had one last bit of paperwork to find. Mom wasn’t a fan of paperwork so it took a little hunting - found it in the end though.

But found other things along the way. It was sometime during this month five years ago that she first felt symptoms of MND. A weakness in her right hand. And while going through things I came across several reminders of her journey.

She had a small collection of things to strengthen her hand. Some she had me get for her, some I guess she found elsewhere. They were in the bottoms of drawers, their function long past her abilities even for her left hand.

There were pages and post-its with her writing; slowly degrading. She eventually learned to write with her left hand, though by then even that hand was wasting away.

I noticed the electric toothbrush over her mirror in her bathroom. I suspect an early attempt to address her hand weakness. It’s unused from my glance at it. My mom was open to tech, but she grew up in rural 1940s Ireland. She would at times need help. I can’t recall her asking for it. Pride? Denial? Frustration? Who wants to see their hand waste away; ask their child how to use a toothbrush?

As she fought to keep and make use of her arms the MND was destroying muscles we couldn’t see. The muscles in her core; the muscles that made her lungs work. This picture is part of the last stage of that. We got a dense nutrition supplement. As the muscles that drive your lungs die, you’re more affected by a full stomach. As more of those muscles die, you’re more affected by a half-full stomach. Eventually it becomes hard to eat and breathe. Each pack had six bottles and two little cups. Which means each cup represents three to five days. I can’t remember when it started, but this picture seems to show she was on that regime for four to six months. And every day a growing portion of her daily calories came from it. Early on she complained about the taste but she made herself like it. Without calories you can’t live and she knew that was increasingly the only way to get them.

She knew what MND was; she was a nurse with 40 years experience. She knew the outcome. But she fought anyway. The average life span for someone with ALS (the form of MND she had) is 2 to 5 years. She made it to the high end of that range with a lot of effort on her part.

So to kind of end on a positive note… A few years back there was the ALS ice bucket challenge. I suspect by now that funding for MND/ALS has dropped back down. So now would be a good time to throw them a bit of cash if you have some. A lot of the research in terms of a cure goes into researching our genes and how they work. Therefore the research can actually have wider benefits, but just curing ALS is a worthy goal. 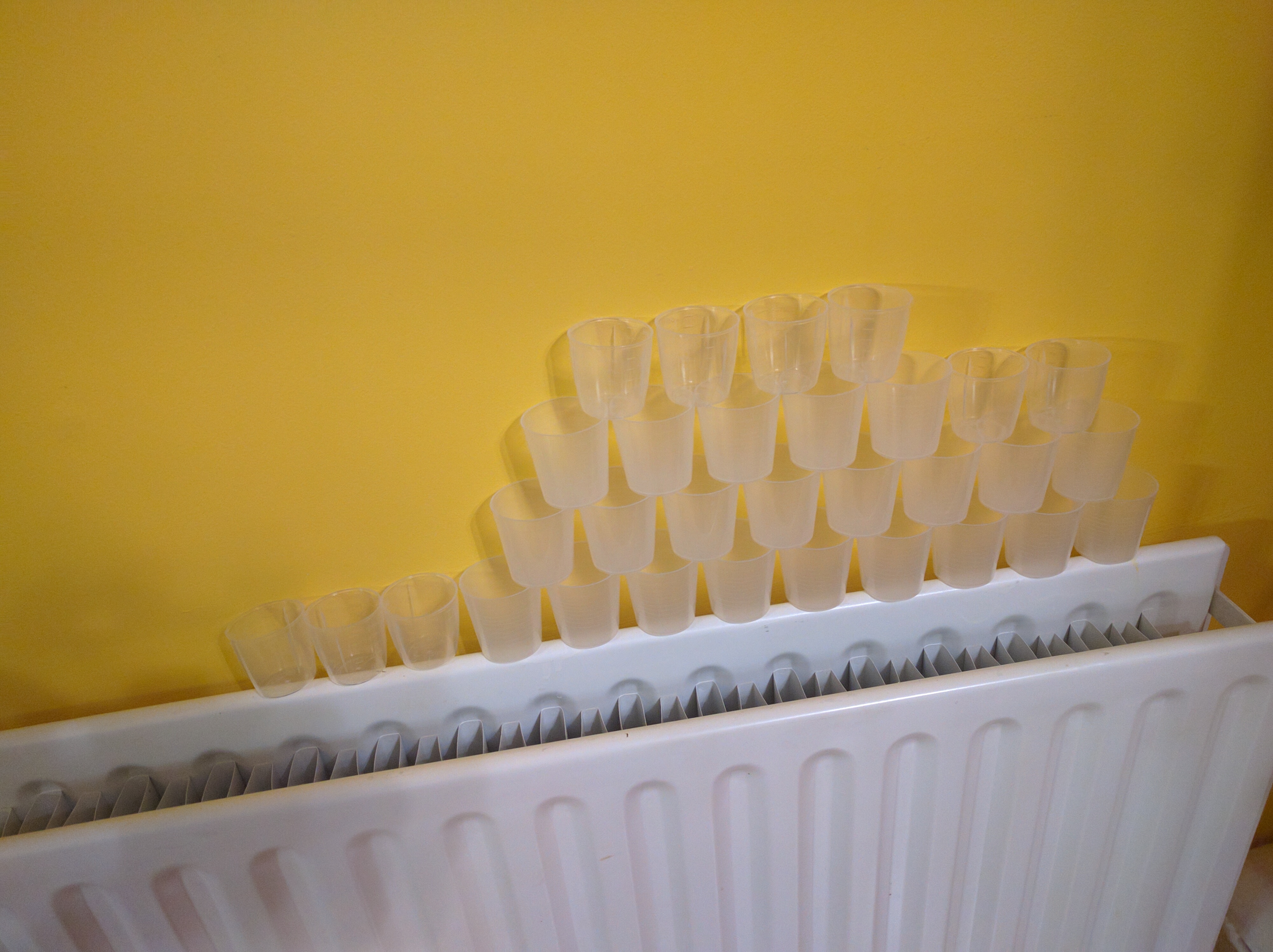